This week’s  Member Deals Spotlight shines brightly on Aqua ViTea! All of their non-alcoholic Kombucha and Selzer are 20% off for member-owners from September 2nd – 8th! Read on to learn more about this unique local business with humble beginnings on a Salisbury Farm!

By 2007, he was selling his Kombucha to the happy crowds at the Middlebury Farmers Market under the Aqua ViTea brand and in 2008, he began bottling his product and selling wholesale to our Co-op and a handful of other local markets. By 2014, demand began to outpace production capacity, and plans to move Aqua ViTea’s production off the farm began to ferment. They first moved to a state-of-the-art facility in Bristol, VT, followed by yet another upgrade in 2017 to an even more impressive facility — the former home of Woodchuck Cider just off of Exchange Street in Middlebury. Today, the rapidly growing company is the largest Kombucha producer on the east coast, employing a team of 30 full-time employees proudly brewing low sugar, alcohol-free, organic kombucha with naturally abundant probiotics, enzymes, and antioxidants, whose balanced blend of sparkling refreshment and bold flavor makes it the perfect substitute for juice or soda.

The newest addition to the Aqua ViTea lineup is Aqua Seltzer! Better than your average bubbles, Aqua Seltzers, infused with organic kombucha, are refreshing better-for-you offerings packed with probiotics for immune & gut health. Weaber shares that the idea for a seltzer line was born when he looked at the ingredients list on a can of the seltzer that his teenage kids love to drink and realized that there was nothing much to them. He wondered if there was a way to create a seltzer that also offered functional nutritional benefits aside from simply providing hydration. After months of research and development and countless hours of taste testing, a new, bubbly, better-for-you beverage was born. It’s infused with kombucha, providing 5 billion probiotics per serving, along with amino acids and antioxidants, with only one gram of sugar and 15 calories. They’re thirst-quenching refreshers filled with goodness for your gut!

Another exciting addition to the Aqua ViTea lineup is AfterGlow Hard Kombucha. This is a smooth, tasty alternative to beer and cider and a more natural option than spiked seltzers. It’s organic, gluten-free, non-GMO, and made with only the finest sustainably sourced ingredients. While they do extract the alcohol from their traditional Kombucha, that alcohol is not used in creating AfterGlow. Instead, they let AfterGlow’s natural alcohol mature through fermentation and into the can – resulting in a mindfully made adult beverage. 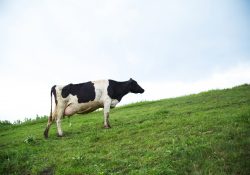 Spotlight on Stonyfield
Posted On August 11, 2022 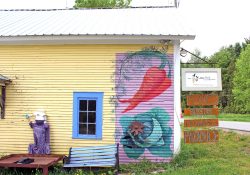 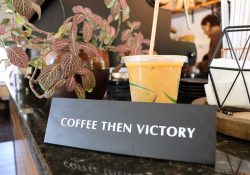