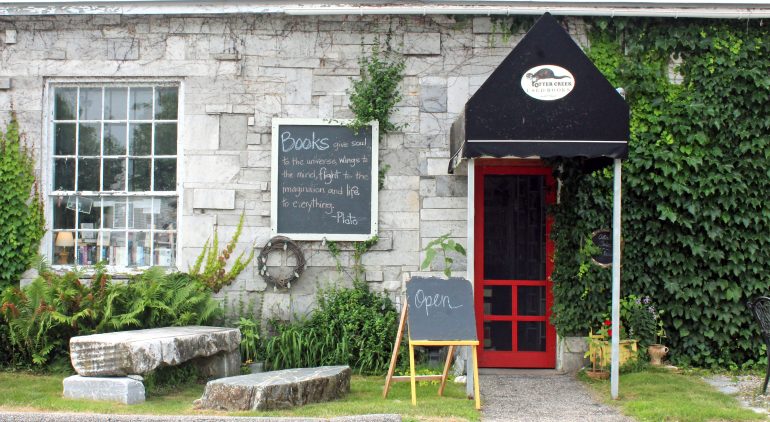 “The bookstore…had its own special aroma, the incomparable and unforgettable scent of books and dust, paper and ink, type and binding, the dazzling anticipation and excitement of seekers after books.” – Marvin Mondlin & Roy Meador, Book Row.

This is the feeling one has the pleasure of experiencing upon entering Otter Creek Used Books. This special gem, located in Middlebury’s historic Marbleworks, is owned by Barbara Harding and it’s one of the newest local businesses featured in our Co-op Connection lineup. Harding has owned the store for thirteen years. Nine of those years were in the current location and four were in the previous location in downtown Middlebury’s now-demolished Lazarus building. Harding never thought she’d own a bookstore, but while taking a walk downtown one day on a break from her work at the Addison County Chamber of Commerce where she worked to promote travel and tourism, she discovered that the used bookstore was for sale. She walked in to inquire about the price and made the decision that very day to become its new owner. Talk about a leap of faith!

Harding says that she’d always loved books, particularly used books, and has fond memories of walking out of libraries and used book stores with her arms full as a kid. She had a passion for turning this particular book store around, as she’d witnessed its decline over the years and knew it had the potential to be something special. And she has most certainly succeeded in giving it new life, not once, but twice, as the move to the new location nine years ago necessitated another rebirth of sorts.  Now, in the wake of a lengthy and unplanned closure due to the pandemic, Harding once again finds herself in a position to bring this unique little bookstore back to life and she’s determined to do so.

Much is the same as it was pre-pandemic, though there have been some minor changes to store hours and procedures. The shop is now open Tuesday – Saturday from 10 am – 4 pm and Harding is not currently accepting books for store credit. While she’s working hard to get back on her feet, she’s politely asking those with existing store credit to hold off on cashing it in. The lengthy closure provided Harding the opportunity to do some rearranging, expanding some categories, condensing others, and she’s bringing in new inventory daily.

When asked if she has a favorite book in the store, Harding insists that she couldn’t possibly choose just one. She confesses that when certain coveted titles arrive in the store, she tends to keep them in a small stack near her desk so that she can enjoy their presence for a period of time before eventually deciding that she’s ready to part with them. Long-time customers often ask to see what’s in her pile and she jokes that she’s reluctant to share until she’s truly ready for them to have a new home.  A recent title in her coveted stack is Vermont Place Names:  Footprints of History. It’s the third time Harding has come across this particular book and she knows where each of the last two copies landed, so she’s hoping to find another really good home for this one. That is…as soon as she’s ready to move it from her pile. Her general preference is for non-fiction and one of her priorities when initially purchasing the store was to have a dedicated Vermont section, which was absent from the store at that time. Visitors to the store will now find a robust selection of Vermont titles from Frost to McKibben and everything in between.

In a recent blog post, Harding expressed her appreciation for those who have helped her get through this challenging time. “Thank you to all who called, emailed, walked in to check on me, order books as well as gift certificates, asked for a stack of books to be brought outside to venture through. It was encouraging and helped me get through in ways you’ll never know.”

There no better time than now to rally around this local treasure. Whether you’re already a loyal customer or it’s your very first visit, you’ll find it to be a warm and welcoming space full of all of the magic and mystery that make a used book store so alluring. There’s something there to satisfy every interest, and Barbara will be there behind the counter to greet you with a smile. 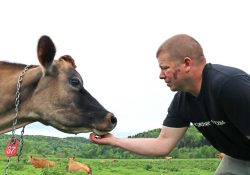 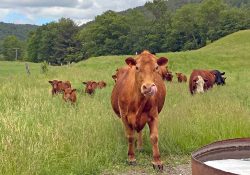 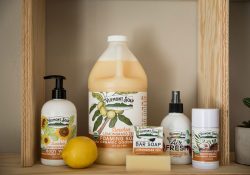