No, Our Food Supply Chain is Not Breaking! 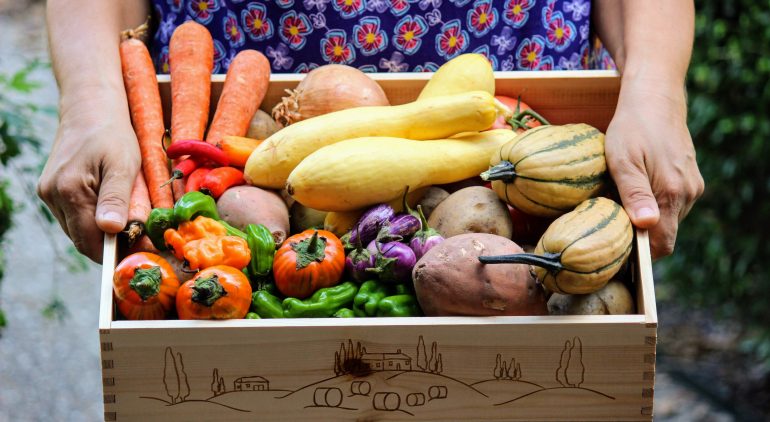 No, Our Food Supply Chain is Not Breaking!

You may have seen the full-page ads that Tyson Foods put into the Washington Post, New York Times and Arkansas Democrat-Gazette on April 26, warning “The food supply chain is breaking” and “millions of pounds of meat” will disappear from the supply chain.  It’s very true that COVID-19 has hit hard in huge meat-packing plants owned by Tyson Foods, JBS and Smithfield Foods; and many were forced to close as nearly 12,000 meat-packing and food processing workers have tested positive for COVID-19 and 48 have died.  Donald Trump issued an executive order to re-open closed plants soon thereafter, saying that they were “essential infrastructure”; but re-opening doesn’t depend on whether workers receive sick-time, adequate personal protective gear, health insurance or any other protection from the devastation that COVID-19 could wreak on workers and their families.  Nor whether undocumented workers (estimated to make up half of meat-packing plant workers) will have at least temporary protection from deportation.  Now meat-packing plants refuse to release figures on how many workers are testing positive within their plants, only saying that they will close if more than 10% of their workers get sick.

In contrast, while in Middlebury the coop has seen missed deliveries and shortages of some items, we’ve also had an abundance of good food available to us; and as of this writing, not a single worker has tested positive for COVID-19.  Coops are thriving around the country now, as are subscriptions to CSAs.  So what’s going on here?

First, we need to recognize the differences between an industrial food system and a more localized and relational one.  Industrial food systems like the one Tyson is part of are organized to maximize profit for their stockholders;  Smithfield’s CEO Ken Sullivan assured his Board that he would keep the plants open so that they could continue selling pork to China, where prices were 4-6 times higher than in the US (ironically, because another virus, SARS, which originated in a Chinese Smithfield plant, had killed such so many Chinese pigs that prices swooped up).  And indeed, now that Smithfield has re-opened the Sioux Falls, ND, plant that was the first epicenter for COVID-19 cases, sales to China have soared even as some parts of the US still have meat shortages.

Our Coop does not operate for maximum profits, and that’s one reason prices we charge are sometimes higher than prices for the same or similar items sold through supermarkets.  The Coop tries to sell at fair prices that allow our employees to get decent wages and benefits, compensate farmers fairly for their time, and allow them enough to give their workers decent wages, and provide for community needs such as pantries.

Second, remember that Smithfield pork sausage and Tyson chicken are not essential to health and well-being.  The idea that these plants are essential infrastructure is ludicrous.  That makes the fact that so much of the agricultural bailout for COVID-19 is being scooped up by the biggest farms and businesses even more disgusting:  small-scale farmers are hardly seeing any relief for their loss of business. While most families are getting checks of merely $1200 plus $500 per child, the largest farmers can now get up to $250,000 per person from the new Coronavirus Food Assistance Program, with farm corporations receiving up to $750,000.  Contracts for the poorly-conceived food boxes that USDA plans to distribute to food banks are likewise going to big companies like Borden.  And none of the money ear-marked for COVID-19 relief is going to farmworkers, including the people keeping most Vermont dairies going. The money from USDA would be far better spent boosting SNAP (the Supplemental Nutrition Assistance Program) so that people can buy what they need. SNAP isn’t perfect, but it’s the best social safety net we have.

Third, the producers, processors and packers who serve the coop are mostly small and medium-scale.  We know many of them personally and we can visit their farms or businesses to see what they do.  They don’t pack workers in tight quarters where they are almost guaranteed to get sick or tell them to use hairnets as face-masks (as Smithfield did).  Similarly, our meat suppliers aren’t using industrial-scale confined-animal feeding operations (CAFOs), where animals easily transmit diseases because they are packed into unhealthy spaces.  Our Coop seeks out ethical suppliers who aren’t trying to short-cut labor and environmental laws.

And finally, it’s the small-scale and local food systems that have been able to adapt most successfully to COVID-19.  They are the most resilient food systems.  Industrial systems still haven’t been able to shift, months after COVID first emerged.  Resilience is hugely important.  This pandemic is not the last crisis our food system will face; pandemics are increasingly likely, given the ways that wildlife habitat is being destroyed and how we live today.  Climate change will create more crises.  Do we want to rely on our local farms as much as possible, or do we want to put our faith with the John Tysons and the Ken Sullivans?  As meat-packing workers have realized painfully, “they don’t care about us”.

Local farms aren’t the whole answer:  even the coop can only source 37% of our food locally and local farms can’t provide many of the things we like, such as bananas, coffee and chocolate.  With good legislation that gets more land into profitable farms, we could raise the potential for food production considerably in Vermont. That said, the most pragmatic upper limit for local and regional food is about 75%, since we don’t have the capacity to grow enough grain here.

The Coop cares deeply for all customers, as well as its producers.  As member-owners your continued support will make a difference in how well the coop can show that care:  Dan Barber from Stonefield Farms in New York recently surveyed small-scale farmers and 1/3 of them said they anticipated being bankrupt by the end of this year.  While small-scale farms are ramping up production, labor is hard to find and they are worried customers will switch back to the cheapest food sources as soon as they can.

We don’t need cheaper food in the United States, we need laws and regulations that ensure a social safety net of reliable, healthy food for everyone (SNAP is a start, but woefully underfunded) and opportunities for decent work.  The coop business model is one of the best alternatives for a food business that demonstrates care for producers and eaters alike.

Molly Anderson is a Middlebury Natural Foods Co-op Board Member 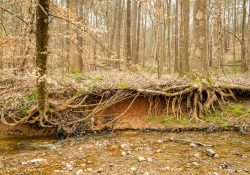 Information and Its Roots Matter
Posted On June 30, 2022 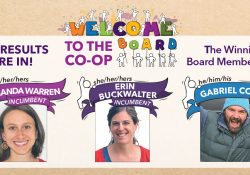 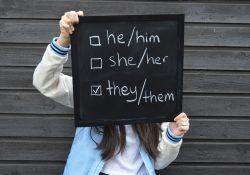 Practicing Pronouns: How the Co-op Can Foster an Environment of Inclusion
Posted On May 31, 2022