The True Cost of Food 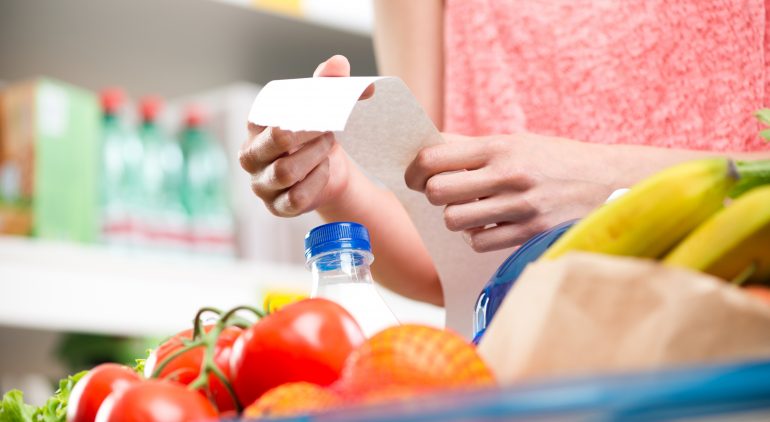 The True Cost of Food

Should farmers and farm workers be paid a fair and livable wage for their work? It is important for food to be grown and produced in ways that minimize the impact on our personal health and the health of our environment? What is that worth? The average person in our community would likely answer an emphatic yes to those first two questions, though it can be difficult to draw connections between those issues and the price tags on our food. As a mission-driven natural foods Co-op, these are questions we grapple with daily and it can be difficult to strike a balance between offering foods at an attractive price, while still ensuring good environmental, health, and labor practices.

Understanding the true cost of food is key, though the many hidden costs associated with “cheap food” make it challenging to do so. When one considers the externalized costs of cheap food – those that aren’t immediately reflected on a price tag – it becomes evident that, in many ways, cheap foods are much more expensive in the long run. Their impacts are not always obvious or visible, though we pay for the damage through taxpayer dollars spent on subsidies, environmental cleanup, and rising healthcare costs associated with poor diet, adverse farm labor conditions, and exposure to farm pollution. Unfortunately, the market is heavily tipped in favor of those who produce food unsustainably. Consider the impacts:

Impacts for farmers and farmworkers:

This video produced by the Sustainable Food Trust does a great job of breaking it down:

“But, organic, fairly-traded, sustainably produced food seems so expensive!”, you might be saying. Consider this: In the US, we spend less than 9% of total household income on food. This figure has dropped significantly over the last half-century, from 40–50% of household expenditure. In short, we spend less of our income on food than any other people at any time in history. We currently spend more per family on alcohol than we do on fruits and vegetables. Food has never been cheaper and more abundant than it is today, and we, as a society have never been more overfed and undernourished. We can no longer afford to eat this way.

So, what’s the alternative?

Small, diversified, organic farms use less fuel and produce fewer greenhouse gases than their conventional monoculture mega-farm counterparts. They raise animals in appropriate scale and rotationally graze animals to avoid over-grazing and to allow the land to naturally recycle animal wastes, which, in turn, helps build and fortify the soil. They rotate crops and employ beneficial insects to minimize issues with pests and avoid pesticides. They use green manures (cover crops) and compost to fortify and build fertile topsoil. Buying meat & produce from local farmers saves 17 times the fuel costs associated with the typical well-traveled meats, fruits, and veggies from afar.

You can also feel confident that the money spent on local food is having a direct positive impact on your local economy, supporting a local farm family, and helping to preserve the agrarian landscape that we treasure so dearly in Vermont. When your recipe calls for foods that are not grown or produced in Vermont, buying foods bearing fair-trade certification guarantees that exploitative labor practices have been avoided and a premium is being paid to the farmer. Of course, the point-of-purchase price of these foods is higher. It simply costs more (up front) to produce food this way, though it’s far more reflective of the real values associated with producing the food item.

Of course, we recognize that there are many people who would love to be able to purchase 100% local, organic, and/or fairly traded food but their budget simply won’t allow it. We acknowledge that affordable access to healthy foods is a challenge. To that end, we have two programs at our Co-op aimed at addressing this issue:  Food for All and Co-op Basics. Through our Food For All program shoppers who are currently enrolled in SNAP or WIC, Home Heating Assistance, or clients of our local Food Shelves are eligible to enroll in the program and shop with a 10% discount on all items (excluding alcohol, by law). The Co-op Basics program is for all shoppers and offers everyday staples throughout the store that fit your budget. Just look for the purple tags.