Do Food Co-operatives Have a Role in the Era of Big Organic?

Do Food Co-operatives Have a Role in the Era of Big Organic?

Most of the grocery world from giants like Kroger and Walmart to community-owned food coops and privately held natural food stores are trying to anticipate and prepare for the effects of the Amazon purchase of Whole Foods Markets. The Amazon purchase is one of many examples of increasing centralization of the organic and natural food system that includes producers, distributors and especially retailers.

The Whole Foods purchase brought to mind a book I recently read titled Organizing Organic. The author, Michael A. Haedicke, recounts the history of organics in the food economy.  From my vantage point (I was born the same year Paul Keene started Walnut Acres one of the first commercial organic farms) many of the people interviewed for the book were familiar to me and several were Vermonters.  Haedicke believes that from its beginnings as a movement (to counter “conventional” agriculture) after World War II organic agriculture contained both a transformative sector and expansionary sector. The transformative sector held decentralization, social justice, and local control as core values. While the expansionary sector also held these values it also saw the expansion of organics to larger markets as key to a successful movement.  As I read Haedicke’s analysis, he suggests that organic food market expansion through consolidation, centralization, and efficiency has become the primary driver in the organic sector and transformation relegated to the sidelines.  Haedicke interviewed several administrators of large organic retailers. Consistently they expressed the rationale that bigger meant more organic food which created more organic farms. What could be bad about that?  Haedicke doesn’t come to any conclusion as to the good or bad coming from the primacy of expansionism. What I have seen is that big organic can cut some prices for consumers and get more product to more places. But I have questions: What are the social costs of consolidation and centralization? Can the consumer cooperative movement expand organic (and local) and retain the commitment to community?

Haedicke also came to the conclusion that consumer food cooperatives attempted to balance transformative values and expansionary competition better than any other sector of organics. Why did this happen? Many of the “third wave” (MNFC is one of them) of consumer cooperatives originated with the blossoming of the organic movement in the 1970’s. Their values mirrored the values of the transformative sector of organic agriculture. Another possible reason is in the very structure of consumer cooperatives. Consumer cooperatives are “enterprises owned by consumers and managed democratically which aim at fulfilling the needs and aspirations of their members. They operate within the market system, independently of the state, as a form of mutual aid, oriented toward service rather than pecuniary profit”. To me, the phrases “managed democratically” and “oriented to service” most clearly differentiates cooperative food stores from big organic retailers.

In today’s world of increasing “big” organic (either large corporations or the state as in China) and centralization of power, operating within the market system and at the same time being oriented to service rather than profit is a quite a challenge. Our member-owners, as those of most consumer cooperatives, have differing needs and aspirations.

How does a democratically managed cooperative integrate those needs and aspirations into a market economy business? One key way is by member/owner participation. Participation can be running for the Board of Directors of the cooperative or choosing to vote in the election for directors. It can take the form of voting for policy (as in the case of the MNFC member/owners voting in favor of patronage dividends two years ago).  It can be sharing viewpoints with Directors at a Board meeting or in community forums like our Co-op Conversations that predated the expansion. It can be putting suggestions in the suggestion box in the store or talking with friends and neighbors about co-op issues. It certainly can be shopping at the store as those everyday decisions affect the products we carry.

So my answer to the question “do food cooperatives have a role in the era of big organic” is rather a request. Continue to participate and we will all help to arrive at the answer. 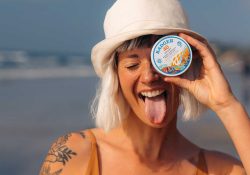 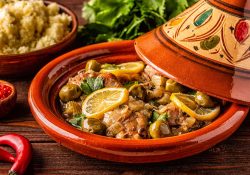 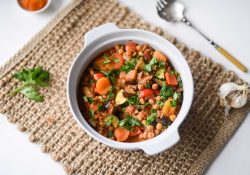