The oldest known reference to a published Soda Bread recipe comes from the November 1836 edition of Farmer’s Magazine in London, referencing a recipe published in an Irish newspaper in County Down, Ireland that same year. The author of the recipe proclaims “there is no bread to be had equal to it for invigorating the body, promoting digestion, strengthening the stomach, and improving the state of the bowels!”. The use of soda ash in baking bread is originally credited to American Indians who used  it to leaven their bread prior to 1800, though the state of poverty in Ireland in the early 1800’s made it the simplest and least expensive daily bread to put on the table, thus making it their adopted method of choice and one that is now synonymous with Irish culture.

All recipes for traditional soda bread contain nothing more than flour, baking soda, buttermilk, and salt. This was a daily bread that didn’t keep long and had to be baked every few days.  It was not until well past the mid 19th century that recipes began including whiskey, candied fruit, caraway seeds, raisins, or other festive ingredients. This particular recipe from The Society for the Preservation of Irish Soda Bread offers options for both – just in time for St. Patrick’s Day!

Preheat oven to 425 F. Grease and flour a round cake pan. In a large bowl, sift and combine the dry ingredients. If you wish to include the caraway seed, raisins, or currants, add them next. Make a well in the center of the bowl and add the buttermilk. Mix with a wooden spoon, working from the center and moving out, to form a sticky dough. Turn dough onto a floured surface and knead lightly. Shape into a round, flat disk and place into the round cake pan. Use a buttered knife to cut a cross on top of the dough. If you’re making the fruited version, brush the top with melted butter and sprinkle with coarse sugar. Bake for 30-45 minutes, or until the bread sounds hollow when you thump the bottom. 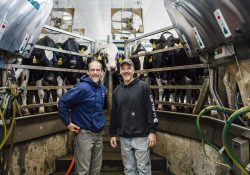 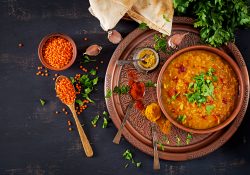 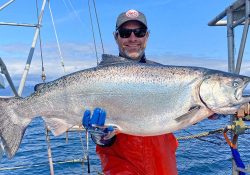