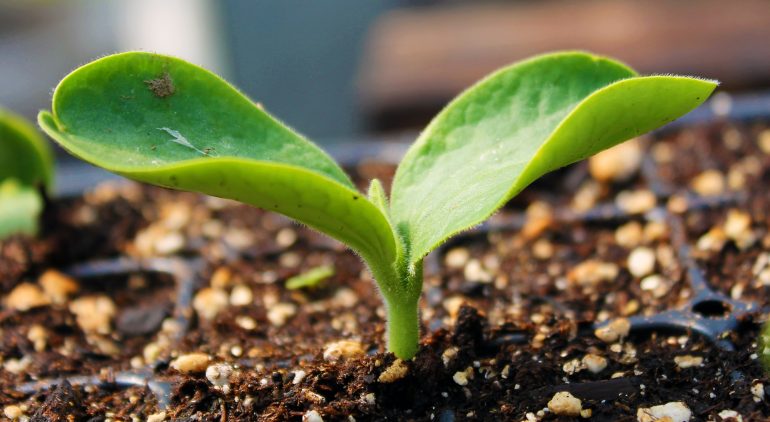 Going Beyond Borders for our Winter Conference

Our brave little state has been through a lot: a 2016 winter of no snow, followed by this summer’s drought, an election season full of strife, and now with a new President, worlds of uncertainty about what’s to come. It can be easy, in the dark days of winter, to wonder about the larger purpose of one’s efforts on the farm or in the world.

Thankfully, NOFA-VT has attracted two international giants in the food and farming world to speak at the 35th annual winter conference on February 18-20 at University of Vermont. Dr. Fernando Funes Monzote, of Cuba, and Dr. Vandana Shiva, of India, will both bring a message of resilience, hope, and the power of people to make slow—but radical—change.

NOFA-VT has not typically looked so far beyond its borders for a relevant message. The winter conferences of years past have focused on themes such as local food and soil. But Executive Director Enid Wonnacott and board member Mimi Arnstein—who leads farmer-to-farmer exchanges in Cuba and elsewhere —felt the time was ripe to break open the boundaries of how we think about the impact of our local food movement in Vermont.

For Wonnacott, inspiration came at the Terra Madre International Slow Food Conference in Turin, Italy, where the slogan was “They are Giants, But We are Millions.” The faces of the “Millions” of small-scale farmers from around the globe were represented by some 7,000 delegates at Terra Madre as they came together to raise a collective voice against the corporate “Giants” – for food sovereignty, the survival of family farms, and resistance to GMOs.

I asked Wonnacott how she saw Vermont agriculture fitting into such a global people’s food movement. “NOFA-VT has always had a social change agenda, and at Terra Madre, I really saw the power of this idea that all small-scale farmers around the world are in this together,” she said. She noted that there are big similarities between how we farm and market food here in Vermont with indigenous and local food systems all over the world. Not only that, but the same challenges to seed sovereignty, land protection, and market control are remarkably similar.

NOFA-VT was instrumental in Vermont’s own fight to pass a GMO labeling bill—the first in the country. Although the bill was ultimately gutted at the federal level, a lot of good came out of it, with several major food brands agreeing to label their products. “The GMO labeling law is a great example of how Vermont is an innovator,” Wonnacott said. “It’s a small place full of people who care can start big change.”

Dr. Vandana Shiva is perhaps best known for her tireless crusade on behalf of seed sovereignty and against GMOs, a message she has delivered for over three decades. Bill Moyers called her “the rock star in the worldwide battle against genetically modified seeds.” She started her center for seed sovereignty Navdanya (“nine seeds” in Hindi) to “protect the diversity and integrity of living resources, especially native seed, and to promote organic farming and fair trade.”

Personally, hearing Dr. Shiva will be a highlight of my year. It’s hard to think of anyone who has more presence, conviction, and boldness when it comes to speaking out for what she believes in.

Dr. Shiva came to Vermont two years ago and gave a talk, co-sponsored by NOFA-VT, at City Hall in Burlington and at The Vermont Law School. She gave a bow to Vermont’s efforts to resist GMOs: “By demanding a right to know, you are demanding a right to live,” she said. Such a bold, clear statement is typical of Dr. Shiva; she is capable of throwing a net over freedom, democracy, civil rights, food, soil and the future of the planet in one sentence, showing me how they are all connected, and convincing me that it’s possible to fight for them all at once.

Equally inspirational as a speaker and global in his thinking is Dr. Fernando Funes Monzote, an agronomist, and farmer from Cuba where he is building a food revolution from his bio-intensive 20-acre model farm, Finca Marta. Now, when Cuba is undergoing such change and trade channels have opened up with the U.S, it will be prescient to have Funes give us his perspective.

Margarita Fernandez, who runs the Vermont Carribean Institute in Burlington, takes groups of people to Cuba several times a year. Whenever possible, she includes a visit to Finca Marta, “a huge highlight.” She describes Funes as “an incredible storyteller, whose whole life has a great arc to it.” Funes often tells the story about his journey back to the land in Cuba after getting a doctorate in agroecology in Europe, and how he was determined that his next life project was to earn a PhD as a farmer, to put into practice what he had learned in theory.

That practice began by digging a well—by hand. Now, with its acres of terraced beds, beehives, living fences, solar irrigation systems, a methane biodigester, and organic practices, Finca Marta is a model of how small farms can use natural resources and innovative production methods to be profitable, pay living wages, keep families and neighbors on the land, and also improve fertility and biodiversity of natural habitats.

“If we don’t want foreign companies to come in and dominate Cuban agriculture all over again, that means we need to give Cuban families a way to stay on their farms,” said Funes, as quoted in a profile by Nick Miroff of the Washington Post. The article points out that Cuba has to import 60 to 80 percent of its food. “Funes’ vision of Cuban agriculture is radical because it’s a throwback. He advocates smart, resource-efficient, artisanal farming as an alternative to both capitalist agribusiness and the disastrous state-run agricultural model…,” wrote Miroff. Sounds like Vermont, and in fact, there are lots of similarities between the way Funes farms and the way many of us farm here.

“Fernando is a super motivational speaker,” says Fernandez. “I’m really interested to watch how the farming movement in Cuba is going to respond to and resist current forces. As they enter the global food movement, how do they maintain sovereignty?” This is a theme that Vermont farmers also care about. “He will be able to talk about the context of what we are facing now as farmers,” she said, pointing out that with the death of Fidel Castro and the election of Donald Trump we are all working in a new and unknown political landscape.

The winter conference this year is embracing a huge global theme of change and resistance at a time when populist movements and corporate power are both surging. We need more than ever to come together, be in relationship, and find our common strength as a community. “People need something positive to believe in. They feel like the world is out of control and they need something to rally around,” said Wonnacott. At the NOFA-VT winter conference this year, we should get an incredible taste of what that something is.

The NOFA-VT Winter Conference offers more than 100 workshops for farmers, gardeners, and local food enthusiasts. Some of the most anticipated workshops include: “Herbal Digestive Bitters” taught by Guido Masé of Urban Moonshine, “New Developments in Study and Implementation of Northeastern Indigenous Agriculture” presented by Frederick Wiseman of The Seeds of Renewal Project, “Plants to Attract Pollinators and Create Biodiversity” presented by Lizabeth Moniz, and “Everything You Ever Wanted to Know about Fruit Trees” taught by Nicko Rubin.

There are also 5 day-long intensive workshops, diving deeply into the topics of winter farming and season extension, biological orcharding, healthy permaculture, organic medicinal herb production, and the art and science of grazing. The intensives are open to anyone interested in garnering in-depth information about specific subjects.

In addition to the speeches and workshops, attendees at the conference can enjoy a delicious lunch featuring local and organic ingredients, a lively Exhibitors’ Fair, a seed swap with High Mowing organic seeds, and helping to create a community art project with artist Bonnie Acker.  For the next generation of farmers, gardeners, and foodies there is a Children’s Conference, which features hands-on workshops, art projects, yoga, outdoor play and much more.

Early registration for the conference is offered at a discounted rate until February 13th, with additional discounts for NOFA Vermont members and volunteers. More information and online registration is at http://nofavt.org/conference. 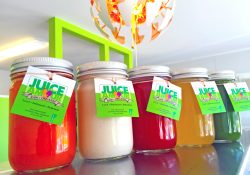