Doro Wat is a fragrant, flavorful Ethiopian spicy chicken stew considered to be one of the national dishes of Ethiopia. Our Weekly Sale from April 7th – 13th celebrates the cuisine of Ethiopia and you’ll find many of the ingredients needed to make this tasty dish. It’s typically served over a spongy Ethiopian bread known as Injera which can be whipped up using the Bob’s Red Mill teff flour also featured in the sale. It works equally well with rice, pita, or naan. The original recipe featured here did not include tomatoes, though the addition of tomatoes is relatively common in this dish and can be a good way to temper the heat of the berbere spice, if you tend to prefer a milder heat profile. A common garnish for Doro Wat is a sliced hardboiled egg.

Preheat oven to 350 F. Rub the chicken with lemon juice and vinegar. Place on a baking rack nested into a baking pan to keep the chicken slightly elevated from its juices. Bake for 50 minutes at 350. Remove from oven and allow to cool slightly. Meanwhile, Place the onion, ginger, and garlic in a food processor and pulse until it’s almost ground, leaving a bit of texture. Heat the ghee in a deep skillet over medium heat, then add the onion mixture and simmer, stirring frequently for about 20 minutes or until the onions have turned golden. Add the berbere, salt, and pepper and taste the sauce, adjusting the seasonings as needed. Now that the chicken is cool enough to handle, remove the skin and pull the meat from the bones, roughly shredding it. Add the shredded chicken to the pan with the onion mixture and add 1-2 cups of water, broth, and/or stewed tomatoes to bring the sauce to a thick stew-like consistency. Simmer, covered, for 15 minutes. Serve with injera, pita, naan, or rice and sliced hard-boiled eggs. 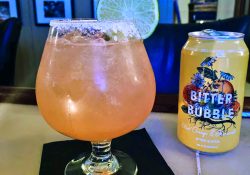 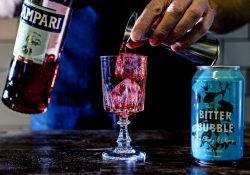