The topic of waste reduction is common fodder at the Co-op – after all, one of our Ends (the reasons we exist as a cooperative) is to promote environmentally sustainable and energy efficient practices. It’s something we’re always working on and there’s always room for improvement. With this in mind, interested staff members at the Co-op began meeting monthly to discuss ways that our Co-op could improve our practices to move closer to a zero-waste operation. We realized during these gatherings that we have a lot of collective passion on the topic and many of us come from backgrounds that help inform the ideas we bring to these meetings.

Take Gwen Lyons, for example. You might know Gwen as a cashier at the Co-op, but you may not know that she holds a degree in Environmental Studies from UVM and her previous job was with the Central Vermont Waste District.  She’s a glorified, self-proclaimed Trash Nerd. And she’s got a lot to share with us about what happens (or doesn’t happen) to items when we dispose of them. We wanted to share some of this with our Co-op community so we asked Kathy Comstock, who you may also recognize as a cashier, to interview Gwen. We’ll be sharing the interview with you in two parts.

Kathy:  Hi Gwen.  So, let’s start with why you and I are talking…  We have both been noticing the use of plastics and the confusion of how to properly deal with waste at the Coop.  As I have been getting to know you better, I have discovered that you served as the School Program Manager in Washington County.  Montpelier specifically right?  What exactly did you do?

Gwen:  Yes, I worked for Central Vermont Solid Waste District from 2009-2014, which is not to be confused with Chittenden Solid Waste or Casella. Despite our offices being located in Montpelier, the district covered 19 member towns in Washington, Orange and Caledonia counties. My involvement with the organization started when I applied for a “Compost Monitor” position. Although it was only part-time (and not having any idea what a compost monitor was), I was excited to get back into the environmental field after graduating from UVM with a bachelor’s degree in Environmental Studies. I was fortunate to move up in the organization and eventually gained the title of School Program Manager. Considering that I enjoyed working with kids, being outside, getting my hands dirty (no pun intended), this position was perfect for me.

Kathy:  Great!  Let’s talk about trash or “solid waste”.  It seems that it should be such a simple concept to understand, and yet I find myself confused at least once a day about how I should best “throw away” a particular package or food container.  For example, it seems that I should be able to recycle the Co-op’s to-go boxes when I am finished with my food.  But I have recently been told that first I need to wash it out so that it is clean of food debris, and NOW I have found out that it is actually coated in plastic (in order to be leak-proof), and that makes it a non-contender as a recyclable item!  What gives?

Gwen:  You’re right, it should be simple and yet, it’s more confusing than ever. But, there are many things that factor in when it comes to “what goes where’. It is a process which can be easy, but we (consumers) need to be more diligent about what we are choosing to do in terms of purchasing and disposing.

Kathy:  So let’s go straight to the compostable vs. recyclable debate.  Tell me what the pros and cons are for each issue.

Gwen:  First, I love the concept of compostable food containers, but manufacturers put the cart before the horse. They created these products, which in theory are awesome, but in reality, are causing more waste because there isn’t necessarily a system in place to deal with them. More specifically, compostable containers (utensils, to-go boxes, even food scraps) can’t be “composted” in a household system because there is (usually) not an adequate enough aerobic decomposition opportunity once they are put in the compost pile. Meaning, home composting systems are too small, and don’t have enough microbes to generate the oxygen and heat necessary for those containers to break down. What you end up with is household compost with forks and Co-op salad boxes mixed within it. Secondly, there are not enough commercial composting operations which will accept compostable utensils and containers. Some of this has to do with the end product the facility is trying to supply to the public. If a compost-producing facility is invested in creating certified organic composting matter, then it cannot accept these forks and to-go boxes, for example, because they are not made out of organic materials.  So, although compostable plates, cups, utensils and to-go containers are a great idea, this idea falls flat, and just becomes more landfill waste, since we don’t have the right infrastructure to support the disposal of them.

Kathy:  …. And what about recyclables?

Gwen: Without being able to properly compost the compostables, recyclable materials seem to be the next best thing. Who doesn’t want to think that by putting their yogurt container in a recycling bin, they have helped to not only stop production of one more new container but that they have also taken one more container away from the landfill?  The problem with our current recycling system is that recyclables are not necessarily being disposed of properly. Back to the yogurt container, and any food container for that matter, … it needs to be rinsed out before being tossed in the blue bin. Not rising out containers or putting items in the bin that the recycling facility (MRF) cannot accept can, what we call in the business, “contaminate” a load of recycling. Every load of recycling inevitably has some contamination – but the buyer of the materials can easily “reject” a load of recyclables. And guess what happens to that load? It goes straight to the landfill. This issue has become more prevalent since the on-set of “single stream” recycling (which is the term used when all paper fibers, plastics, metals, and other containers are mixed together in just one bin.)  When Vermonters were sorting their recycling, the stream was much cleaner and more recyclables were actually going where they should. The idea behind “single-stream” recycling was that it would make participation easier for the everyday person. The give and take, though, is that waste haulers and workers at the MRF are seeing an increasingly “dirty” stream of recycling.

For Vermonters, it is important to understand what can and cannot go into the blue bin. If I am not mistaken, waste haulers, like Casella or Myers, provide customers with a list of what can and can’t be recycled. These days, the recycling facility in South Burlington does accept plastic numbers 1-7. But, they do not accept Styrofoam – even though it usually has a recycling symbol on it – which is confusing to people. In terms of its weight, it is not cost effective to pack up and ship Styrofoam, even compacted, to a facility that can recycle it. And, even if a transfer station did chose to collect and send any category of the recyclables out, would they have a large enough holding container to store the load as they collected an adequate amount in order to ship it?  Another factor has to do with the market.  If there is not a market (no one to buy) for a specific material, it won’t be collected for recycling, plain and simple.

Another issue is the fact that certain materials are being “down-cycled” rather than recycled. Glass, for example, is not being remade into new glass bottles. Any glass recycled, in a blue bin, in the state of Vermont is being crushed and used as aggregate for road construction. If you ever notice the road “sparking”, well, that’s glass. Unfortunately, some of the newly built roads that glass is being used for are in/on the landfill. So – although it is getting a new life, it’s not actually being recycled. I don’t know the exact reasoning behind this, my guess is that there isn’t a smelting plant close enough to our area.

Kathy:  Seriously?!  So I am driving on crushed glass?  Now if that isn’t ironic, I don’t know what is.

But back to the question of separating solid waste.  First, tell me more about your work.  What was the scope of your job?  How did it come into being?

Gwen: Central Vermont Solid Waste Management District is a government non-profit, meaning it is tax-payer funded and governed by representatives from our 19 member towns (although I believe that the district has gained more towns recently). Solid waste falls under the Department of Environmental Conservation in Agency of Natural Resources in the state of Vermont. So we were beholden not only to our member towns but also by rules and regulations set forth by the state. I worked for the district at an exciting time for solid waste, as it was prior to the passing of the Universal Recycling Law. Although I wasn’t closely involved, I did learn a lot about the legislative process of how laws are developed and how important it was for the state to collaborate and get input from the solid waste districts.

My job consisted of helping maintain and manage the composting program in all 26 of our member town schools (K-12), developing and teaching students about composting, recycling, landfills and the concept of zero waste. Through hands-on activities in the classroom, full school-wide waste stream audits, and field trips to local commercial composting facilities, landfill and MRF (Materials Recycling Facility), students were able to gain an understanding of why it’s important to think before throwing something “away”. Although I gained the nick-name “Compost Lady” and periodically was asked if I “sorted trash every day”, I was able to see the impact of my work when I would visit schools and see the creation of their student-based “Green Teams”, or teachers incorporating recycling initiatives into their curriculum, and especially in the general reduction in what was being thrown away. It wasn’t glamorous, to say the least, but I loved it.

One of the highlights of my tenure at CVSWMD was helping create, what we called, the School Zero Waste Grant Program. This program allowed schools to apply for funding to help their school reduce waste. Many schools took advantage and purchased reusable dishware and utensils for their cafeterias. Obviously, this greatly reduced the amount of trash that was created daily and was an easy way for students to impact the waste stream at their schools. Other schools used grant funds to purchase water bottle filling stations (like the one at the Coop). This encouraged students to bring their own water bottles and re-fill them. Main Street Middle School in Montpelier was a leading participant in the school zero waste programming. One of the middle school “teams” went as far as incorporating composting, recycling and zero waste into the curriculum. With them, I led waste stream audits twice a year, helping them to start collecting odd items that could be recycled (outside the bin), as well as getting other zero waste initiatives off the ground. The MSMS Green Team also applied for grant money to purchase enough reusable water bottles, with their self-designed logo, to give to every student in the school. This way, everyone could take part in reducing waste. This is one of the many examples of work I was able to do with students in the grand effort to move towards total Zero Waste. 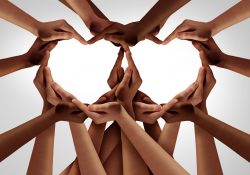